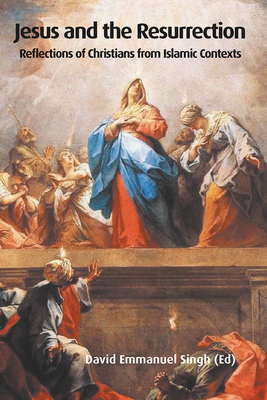 Jesus and the Resurrection

Reflections of Christians from Islamic Contexts (Regnum Studies in Mission)

The idea of a trilogy containing reflections by Christians living in Islamic contexts was born in 2004. The first volume, Jesus and the Cross, appeared in 2009. The second volume, Jesus and the Incarnation, was published in 2011. The third volume, here, is concerned with the theme of resurrection. Our aim is to build a bridge between Muslims and Christians with Jesus in the center of the discourse.

As an idea, "resurrection" is shared by and is central to the eschatologies of Christianity, Islam, and Judaism. In Islam, the beliefs in life after death, resurrection, and the day of judgment are so central that they are considered to compose one of its "Five Pillars." Life has meaning because in resurrection, humanity will meet its maker on the Day of Judgment. The presence of such an idea in Islam is, arguably, evidence of the cross-fertilization among the monotheistic faiths. Although traditionally, Muslims have denied the death of Jesus, "the ignoble and accursed" death on the cross"-- both major branches of Islam maintain that Jesus is alive--there is room here for dialogue between Christians and Muslims.

Christocentricity of this nature contrasts sharply with the secular worldview where there are no such common grounds. The idea of the living Jesus also relates to a widespread sub-tradition of Islam, Sufism, which shows a muted preference for sainthood and progressive revelation; the living Jesus plays a significant part in such traditions. Although there is an irreconcilable chasm between the traditional Muslim and Christian positions, there is a meeting of sorts also in their "ordinary narratives" as they encounter the person of Jesus, who touches their lives in tangible ways.