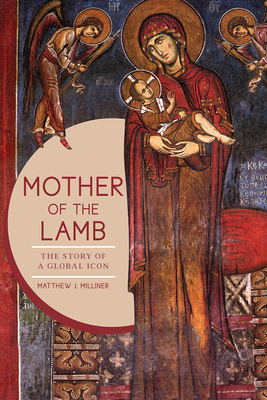 Mother of the Lamb

The Story of a Global Icon

Mother of the Lamb tells the remarkable story of a Byzantine image that emerged from the losing side of the Crusades. Called the Virgin of the Passion in the East and Our Lady of Perpetual Help in the West, the icon has expanded beyond its Byzantine origins to become one of the most pervasive images of our time. It boasts multiple major shrines on nearly every continent and is reflected in every epoch of art history since its origin, including modern and contemporary art, and even making an appearance at the Olympics in 2012.

Matthew Milliner first chronicles the story of the icon's creation and emergence in the immediate aftermath of the Third Crusade, whereupon the icon became a surprising emblem of defeat, its own fame expanding in inverse proportion to Christendom's political contraction. Originally born as a Christian response to the Christian violence of the Crusades, it marked the moment when Mary's ministry of suffering love truly began. Having traced the icon's origin and ubiquity, Milliner teases out the painting's theological depth, and continues the story of the icon's evolution and significance from its origins to the present day.

As the story of the icon moves well beyond Byzantine art history, both temporally and thematically, it engages religion, politics, contemporary art, and feminist concerns at once. Always, though, the icon exemplifies dignity in suffering, a lesson that--through this image--Byzantium bequeathed to the wider world. Encapsulating eleven centuries of development of the mourning Mary in Byzantium, the Virgin of the Passion emerges as a commendable icon of humility, a perennial watchword signaling the perils of imagined political glory. The Virgin of the Passion, emblemizing political humility, the powerful agency of women, and the value of inter-Christian and extra-Christian concord, is an exemplary Marian image for the fledgling twenty-first century.