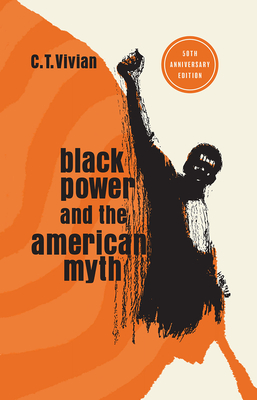 Black Power and the American Myth

In 1970, C. T. Vivian, a close colleague of Martin Luther King, Jr. and a member of his executive staff, sat down to take stock of the civil rights movement and the progress it had made. His assessment was that it failed, and that the blame lay in the existence of myths about America.

As prophetic today as it was 50 years ago, Vivian's voice rings out as a critique and a call to action for a society in deep need of justice and peace.

The civil rights struggle that began when Rosa Parks, a seamstress in Montgomery, Alabama, decided to sit in the front of a bus has deeply altered American society and the American conscience. Yet from several perspectives, that movement has resulted in failure. The Black struggle for independence is more of an uphill climb than ever. Why?

C. T. Vivian asserts that the civil rights movement failed because it was built on certain myths about America:

- the myth that legislation leads to justice.

- the myth that America is an open society where any minority group can advance.

- the myth that an ethic of love forms the core of the American conscience.

""We had assumed that America held the answers. But more than that, we assumed that America would implement those answers once we presented our case clearly to the nation. And again we were wrong. For we found not only that the answers did not exist, but further, that there was not even any concern about them. No one sought those answers, and no one would put them into effect once they were given."" - C. T. Vivian