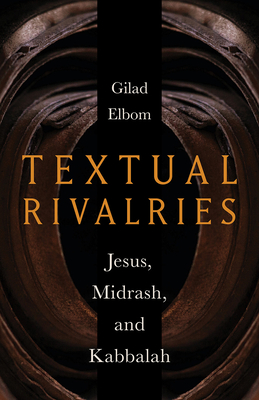 One of the central claims that Textual Rivalries makes is that the Kabbalah is often mislabeled as mysticism. Demystifying kabbalistic thought, Gilad Elbom treats it as a logical and consistent framework that promotes a new understanding of human-divine relations, social and psychological mechanisms, and the very idea of biblical interpretation. As such, the kabbalistic tradition becomes an early semiotic model that foreshadows modern modes of thinking, reading, and meaning-making.

At its core, Textual Rivalries probes the ways in which assigning surprising roles to familiar signifiers is achieved through an intertextual reading of the Hebrew Bible, the New Testament, and midrash, including classical rabbinic literature and inventive kabbalistic texts. Divided into five major narratives, Textual Rivalries explores the various transformations and configurations of Adam and Eve, Cain and Abel, Moses and Jethro, Jesus and Paul, the male and female aspects of the divine system, and other key characters.

Rather than a set of tried-and-true statements about an existing reality, the Bible, as Elbom shows, is a perpetually creative sign system that produces multiple meanings and generates new realities. In theological terms, the text is as continuously creative and just as imaginative as God. In many cases, the Kabbalah embodies innovative methods of biblical interpretation common to both Jewish and Christian theology. According to Kabbalistic thought, biblical interpretation itself contributes to the gradual repair of an imperfect world and functions as a major factor in the ongoing search for more profound definitions of God, language, history, and humanity.