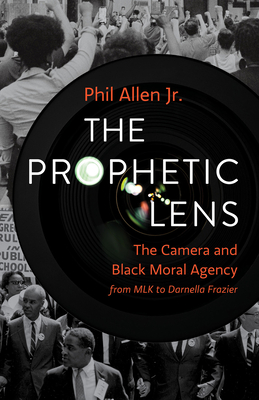 The Camera and Black Moral Agency from Mlk to Darnella Frazier

Martin Luther King used news cameras as a means of exposing anti-Black violence by white mobs in the 1950s and 60s. Darnella Frazier used her phone to record and post the murder of George Floyd by Derek Chauvin in May 2020. These are just two of many people who have captured images of injustice for the world to see.

The Prophetic Lens takes an important look at the use of the video camera as an indispensable prophetic tool for the security of Black lives and greater possibility for racial justice. Phil Allen shows how the camera can be a catalyst for cultural change, using Walter Brueggemann's Prophetic Imagination as a framework for understanding the concept of prophetic. Chronicling the use of the camera, particularly in film from J.D. Griffiths' Birth of a Nation to Spike Lee's Do the Right Thing, Allen's historical approach reveals how effective this technology has been in achieving the goals of its respective storytellers.

The book highlights both the prophetic potential of the camera and the context of Blackness as a liminal existence amid a context dominated by whiteness.