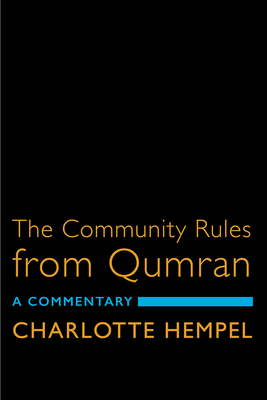 The Community Rules from Qumran

The Community Rule is one of the most important documents to emerge from Qumran. For the first 50 years after its discovery scholars relied predominantly on the well-preserved Cave 1 copy. During this time the document was mined for what it revealed on the theology, ideology, and practice of the community that had settled in the vicinity of the Qumran site. Since the early 1990s ten additional copies have become available and are now published.

This volume is the first commentary to deal with the full spectrum of manuscripts of the Community Rule, and the first commentary in English since A. R. C. Leaney, The Rule of Qumran and Its Meaning (SCM, 1966). The volume will follow the standard commentary format of offering a General Introduction followed by 17 chapters covering the material, each divided into an Introduction, English Translation, Textual Notes, and Commentary (details below). The Textual Notes are produced with the aid of the multispectral digital images of the manuscripts from Caves 4, 5, and 11.

In addition, the Commentary explores what kind of literature the manuscripts represent. Such a reading ceases to approach the Community Rule as just a semi-documentary text by paying attention to the broader cultural environment of codification and textualization in the service of creating identity.