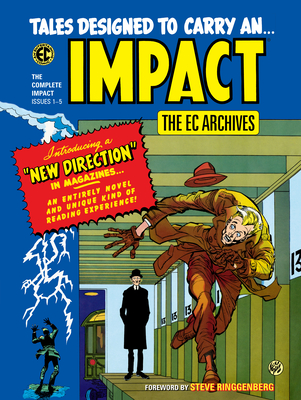 Bill Gaines was born in 1922. His impact on American comics and magazines cannot be overstated. After his father, Maxwell Gaines, passed away in 1947, Bill took over running EC Comics and its stable of horror, science-fiction, satire, and war comics. He and Al Feldstein collaborated on Tales from the Crypt, The Vault of Horror, Shock SuspenStories, and Weird Science. Gaines testified before the Senate Subcommittee on Juvenile Delinquency in 1954. After EC Comics went out of business, Bill Gaines started Mad magazine, which remained as popular as it was controversial for decades. He passed away at the age of 70 in 1992 and was posthumously inducted into the Will Eisner Hall of Fame.
Loading...
or support indie stores by buying on