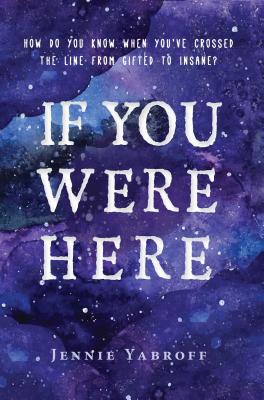 Tess used to be normal--or at least, she knew how to fake it. Then her mother started showing up at her fancy prep school and acting crazy, which turned Tess into social cyanide. Now, her days at school, once almost tolerable, are unbearable. She longs for summers at her grandmother's lake house, binging on old movies and Oreos, and weekends with her best and only friend, Tabitha. Until then, Tess just tries to survive, with long runs through Central Park to keep the anxiety down by day, although her nights are increasingly haunted by strange, dreamlike visions that fill her with dread. Then Tabitha drops Tess without warning, switching her allegiance to the school's clone-like popular girls, and leaving Tess without a friend in the world. Before Tess can even cope with losing Tabitha, a horrific tragedy happens one night at school, and Tess is blamed for it. Now, she must fight to find out the truth about that night, and to clear her name, all the while wondering if her visions were really a prophecy, or if she is going to end up in the grip of an uncontrollable mental illness--just like her mother.

Praise For If You Were Here…

"Yabroff shows the normal struggles of growing up combined with the confusion of dealing with a parent suffering from mental illness. Both storylines pick up speed … leaving readers unable to put it down. Yabroff depicts an inspiring story that challenges readers’ views on what it means to fit in and to be ‘crazy’ in this debut novel that is half typical high school drama, and half mystery and suspense, with a hint of magical realism thrown in."

Jennie Yabroff is the author of If You Were Here, a Simon & Schuster book.
Loading...
or
Not Currently Available for Direct Purchase