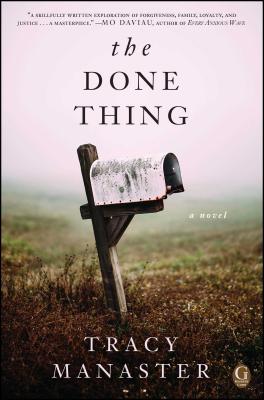 In the tradition of Olive Kitteridge and The Woman Upstairs, this “deeply human and morally saturated novel” (Library Journal, starred review) explores how a terrible crime changed one woman’s life forever.

Lida Stearl prides herself on always do the right thing—it has served her well throughout her life as she built a career as an orthodontist, maintained a happy marriage, and raised her young niece after the murder of her sister by her brother-in-law, Clarence Lusk. But now that she’s widowed, retired, and an empty nester, the small perfections of her orderly life aren’t enough to stop her from feeling adrift.

Then a well-intentioned birthday gift leads her to discover that Clarence, on death row for his crime, is seeking pen pals from the outside as he prepares for his final appeal. For the first time in her life, Lida crosses a line—she begins to write him, pretending to be a naïve, flirtatious twenty-three year old, in an effort to seek retribution. As letters pass steadily between Lida and Clarence, her obsession with revenge unfolds and she begins to question her morality.

The Done Thing is an utterly memorable and engrossing exploration of forgiveness, loyalty, and justice, and how a tragic event can suddenly change a life’s course.

Tracy Manaster is a graduate of Wesleyan University and The Iowa Writers’ Workshop. Her earliest ambition was to be a balloon seller in Central Park, followed by dreams of being a whitewater guide on the Green River, and then an archaeologist; now, she writes. Her family plays an elaborate, ritualized card game involving maracas, she will share the secret to a perfect blueberry pie with anyone who asks, and she spends way too much time trying to map a road trip that hits each National Park during its most beautiful season. She is the author of the novels You Could Be Home By Now and The Done Thing. Tracy lives in Portland, OR with her husband and twin daughters.
Loading...
or support indie stores by buying on