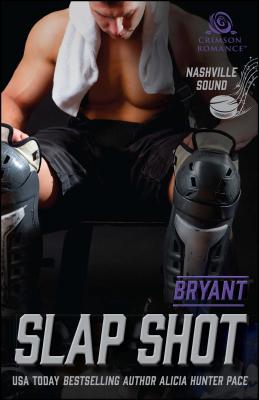 Life has taught defenseman Bryant Taylor never to look back and never to get serious about a woman. His ill, pregnant wife died while he was off playing an away game, leaving him—and both their families—heartbroken. Jokes and puck bunnies are his style now, and he’s sticking to it.

Gabriella Charbonnet has idolized her brother Emile since he rescued her from their violently abusive father when she was eleven—and he’s supported her ever since. He even agreed to play for the Sound so that she could apprentice as a pastry chef in nearby Beauford, Tennessee.

When Bryant and Gabriella find themselves thrown together at a society fundraiser, sparks fly. But Gabriella wants nothing to do with hockey players, aside from her brother, who just so happens to be Bryant’s best friend. The first rule of the bro code? Don’t mess with sisters.

There are plenty of reasons why starting a relationship would be all kinds of wrong, yet walking away from each other doesn’t prove to be as easy as they thought.

USA TODAY bestselling author Alicia Hunter Pace is the writing team of Stephanie Jones and Jean Hovey. Stephanie lives in Jasper, Alabama, where she teaches sixth grade. She is a native Alabamian who likes football, Civil War history, and people who follow the rules. She is happy to provide a list of said rules to anyone who needs them. Jean, a former public librarian, lives in Decatur, Alabama, with her husband in a hundred-year-old house that always wants something from her. She likes to cook but has discovered the joy of Mrs. Paul’s fish fillets since becoming a writer. Find Alicia Hunter Pace at AliciaHunterPace.com, on Facebook, and on Twitter @AliciaHPace.
Loading...
or support indie stores by buying on