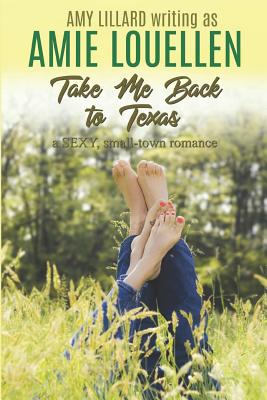 Take Me Back to Texas

Elizabeth McGee never thought she'd set foot in Loveless, Texas, again. But after the reading of her father's will, Elizabeth learns she's inherited her grandmother's house and all of the personal contents. If that wasn't enough to knock her off her feet, she soon discovers that JD Carmichael, her lost love from high school, is the contractor who has been hired to finish renovating the house. JD once had the world by the tail. But after a premature end to what would have been a promising career in professional football, JD wants nothing more than to raise his daughter and enjoy the life he has now. And he surely never thought he'd ever see Bethie Grace again. Now he's faced with her everyday as they work side by side restoring and cleaning the old house in order to ready it to sell. But the rambling old Victorian isn't the only thing rattling with memories. Elizabeth finds that she can't concentrate with JD around. And JD has trouble forgetting the heady effects of her kiss, even if it's been fifteen years since he last held her in his arms. Past hurts and betrayals stand in their way. That and JD's vow never to get married again. But as much as he tries to keep the two halves of his life separate, he finds himself breaking all his rules for Bethie Grace McGee. Elizabeth has plans for her future. She's waiting for a loan to buy her very own French bistro on the edge of Hollywood. But JD's kiss makes her second guess her decisions and think about staying in Texas. Forever.

Amy Lillard believes there's nothing better than a good romance. Except for nail polish...and homemade tacos...and her family-not necessarily in that order, of course. But she does love a good romance. Born and bred in Mississippi, Amy is a transplanted Southern Belle who now lives in Oklahoma with her deputy husband and their genius, teenage son. She's guardian to two spoiled cats-one of which is a Hemingway--and one very lazy beagle. Not to mention the neighbor's cat who thinks he lives on her porch. Since he's there every morning and every night, she suppose he does. Amy also writes under the pen name Amie Louellen. You can reach her at amylillard918@gmail.com or visit her on the web: www.amywritesromance.com
Loading...
or support indie stores by buying on