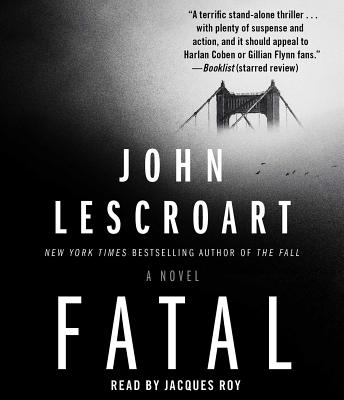 John Lescroart’s latest spectacular New York Times bestseller explores the unexpected and shattering consequences of a one-night stand on a seemingly happily married couple—a “dark, disturbing, satisfying read” (San Francisco Chronicle) that asks us to consider how much we really know about the lives of our closest friends.

Fatal is John Lescroart’s most highly acclaimed and biggest selling book in recent years. As the Huffington Post raves, “Lescroart is a master storyteller as he knows how to craft a plot and how to create fully developed characters. In both of these departments, this book comes across as one of his best works.”

When Kate Jameson confesses to her oldest friend, Beth Tully, that she’s obsessing about a married man she just met, Beth is alarmed. As a San Francisco police detective, Beth has seen time and again the destructive repercussions of infidelity. But Kate, despite her happy marriage and two wonderful children, can’t get Peter Ash out of her head and initiates one intense sexual encounter. Confident that her life can now return to normal, Kate never considers that Peter may not be so willing to move on.

Six months later, Peter Ash’s body washes up on a beach, and Beth is assigned the case. As the pool of suspects narrows and the mystery of who Peter Ash became during the final months of his life deepens, Beth is forced to see that the prime suspect might have been right in front of her the entire time.

Fatal is fresh proof that John Lescroart is “a true master of the craft” (Associated Press) whose picture should be “printed beside the definition of ‘spellbinding’ in the dictionary” (Suspense Magazine).