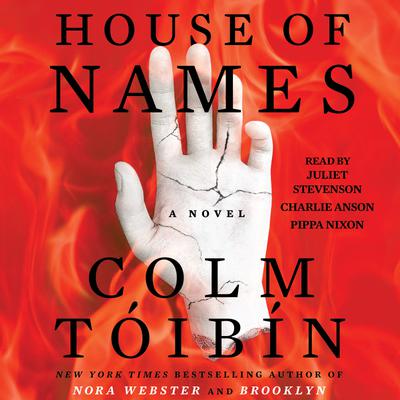 * Winner of the 2018 Audie Award for Best Literary Fiction/Classic
* A Washington Post Notable Fiction Book of the Year
* Named a Best Book of 2017 by NPR, The Guardian, The Boston Globe, St. Louis Dispatch


From the thrilling imagination of bestselling, award-winning Colm Tóibín comes a retelling of the story of Clytemnestra—a spectacularly audacious, violent, vengeful, lustful, and instantly compelling queen of Greek mythology—and her children.

Judged, despised, cursed by gods she has long since lost faith in, Clytemnestra reveals the tragic saga that led to these bloody actions: how her husband deceived her eldest daughter Iphigeneia with a promise of marriage to Achilles, only to sacrifice her because that is what he was told would make the winds blow in his favor and take him to Troy; how she seduced and collaborated with the prisoner Aegisthus, who shared her bed in the dark and could kill; how Agamemnon came back with a lover himself; and how Clytemnestra finally achieved her vengeance for his stunning betrayal—his quest for victory, greater than his love for his child.

In House of Names, Colm Tóibín brings a modern sensibility and language to an ancient classic, and gives this extraordinary character new life, so that we not only believe Clytemnestra’s thirst for revenge, but applaud it. He brilliantly inhabits the mind of one of Greek myth’s most powerful villains to reveal the love, lust, and pain she feels. Told in fours parts, this is a fiercely dramatic portrait of a murderess, who will herself be murdered by her own son, Orestes. It is Orestes’ story, too: his capture by the forces of his mother’s lover Aegisthus, his escape and his exile. And it is the story of the vengeful Electra, who watches over her mother and Aegisthus with cold anger and slow calculation, until, on the return of her brother, she has the fates of both of them in her hands.