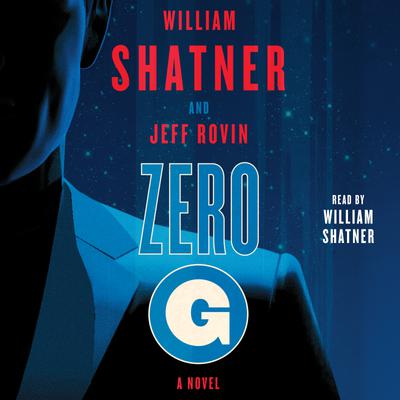 In this heart-pounding science fiction adventure from William Shatner, debonaire, eighty-year-old director Samuel Lord and the “Zero-G” men are in charge of investigating terrorism, crime, corruption, and espionage aboard the space station Empyrean—and stopping the Chinese from accidentally destroying the Earth.

In the year 2050, the United States sends the FBI to govern its space station, The Empyrean. Under the command of suave, eighty-year-old director Samuel Lord, the “Zero-G” men are in charge of investigating terrorism, crime, corruption, and espionage and of keeping an eye on the rival Chinese and Russian stations.

NASA is conducting a top-secret project in the agricultural center of the US space station Empyrean, using microscopic robots called nanites to construct a vine that can survive in space. The plan is to grow structural material for an elevator that will reach from the Empyrean and Earth. Unfortunately, a Russian spy inadvertently causes the growth to rage out of control, not only threatening the Empyrean, but the Russian space station Red Giant.

Under the guidance of Director Samuel Lord, Zero-G must identify the spy, help find a way to reverse the fast-replicating vine, and manage a form of “space zombie” birthed by the nanites. The surprising solution takes Lord and a Russian pilot on a dangerous mission to Venus—where a shocking discovery awaits.

“A tightly paced blend of police procedural, military science fiction, and space opera, set in an intriguing near-future world” (Publishers Weekly), Zero-G is an exciting installment from a master of the craft.
Loading...