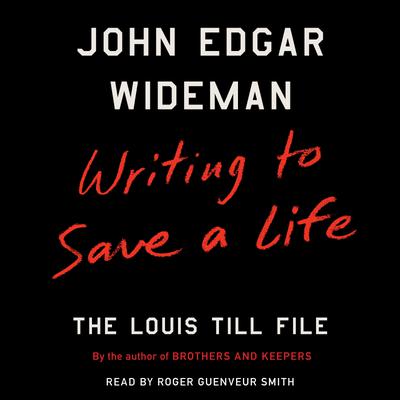 Writing to Save a Life (Digital Audiobook)

The Louis Till File

“This is a powerful meditation on the life of Louis Till, the father of Emmett Till whose brutal murder in 1955 spurred the Civil Rights Movement forward. It is not common knowledge today that Louis Till was convicted of a crime and executed in Italy while serving in the Army during World War II. Wideman was 14 years old -- the same age as Emmett when he died -- the year he saw pictures of Emmett Till's body in Jet magazine. When he found out decades later about Louis Till's fate, Wideman set out to investigate the tragic lives of both father and son. The result is a profound and moving exploration of race, manhood, violence, and injustice in our society.”
— Cody Morrison (M), Square Books, Oxford, MS
View the List

A major literary figure tells “a searching tale of loss, recovery, and déja vu that is part memoir and what-if speculation, part polemic and exposé” (The Washington Post) about two generations of one family—civil rights martyr Emmett Till and his father, Louis—shortlisted for the National Book Critics Circle Award.

Emmett Till took a train from his home in Chicago to visit family in Money, Mississippi; a few weeks later he returned home dead. Murdered because he was a colored boy and had, allegedly, whistled at a white woman. His mother, Mamie Till, chose to display her son’s brutalized face in a glass-topped casket, “so the world can see what they did to my baby.”

Emmett Till’s murder and his mother’s refusal to allow his story to be forgotten have become American legends. But one darkly significant twist in the Till legend is rarely mentioned: Louis Till, Emmett’s father, Mamie’s husband, a soldier during World War II, was executed in Italy for committing rape and murder.

In 1955, when he and Emmett were each only fourteen years old, Wideman saw a horrific photograph of dead Emmett’s battered face. Decades later, upon discovering that Louis Till had been court-martialed and hanged, he was impelled to investigate the tragically intertwined fates of father and son. Writing to Save a Life is “part exploration and part meditation, a searching account of [Wideman’s] attempt to learn more about the short life of Louis Till” (The New York Times Book Review) and shine light on the truths that have remained in darkness.

Wideman, the author of the award-winning Brothers and Keepers, “is a master of quiet meditation…and his book is remarkable for its insight and power” (SFGate). An amalgam of research, memoir, and imagination, Writing to Save a Life is essential and “impressive” (Pittsburgh Post-Gazette) reading—an engaging, enlightening conversation between generations, the living and the dead, fathers and sons.
Loading...