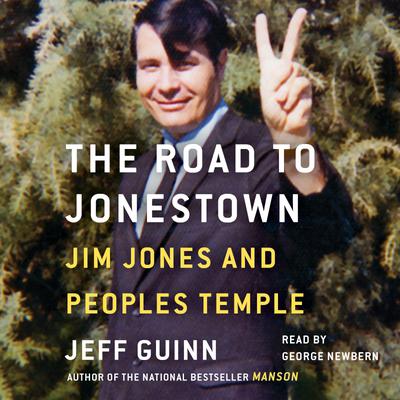 The Road to Jonestown (Digital Audiobook)

“A thoroughly readable, thoroughly chilling account of a brilliant con man and his all-too vulnerable prey” (The Boston Globe)—the definitive story of preacher Jim Jones, who was responsible for the Jonestown Massacre, the largest murder-suicide in American history, by the New York Times bestselling author of Manson.

Guinn examined thousands of pages of FBI files on the case, including material released during the course of his research. He traveled to Jones’s Indiana hometown, where he spoke to people never previously interviewed, and uncovered fresh information from Jonestown survivors. He even visited the Jonestown site with the same pilot who flew there the day that Congressman Leo Ryan was murdered on Jones’s orders. The Road to Jonestown is “the most complete picture to date of this tragic saga, and of the man who engineered it…The result is a disturbing portrait of evil—and a compassionate memorial to those taken in by Jones’s malign charisma” (San Francisco Chronicle).
Loading...