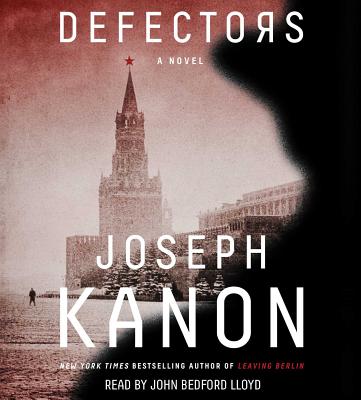 The bestselling author of Leaving Berlin and Istanbul Passage “continues to demonstrate that he is up there with the very best...of spy thriller writers” (The Times, UK) with this “fascinating” (The Washington Post) novel about two brothers bound by blood but divided by loyalty.

In 1949, Frank Weeks, agent of the newly formed CIA, was exposed as a Communist spy and fled the country to vanish behind the Iron Curtain. Now, twelve years later, he has written his memoirs, a KGB- approved project almost certain to be an international bestseller, and has asked his brother Simon, a publisher, to come to Moscow to edit the manuscript. It’s a reunion Simon both dreads and longs for.

The book is sure to be filled with mischief and misinformation; Frank’s motives suspect, the CIA hostile. But the chance to see Frank, his adored older brother, proves irresistible. And at first Frank is still Frank—the same charm, the same jokes, the same bond of affection that transcends ideology.

Then Simon begins to glimpse another Frank, capable of treachery and actively working for “the service.” He finds himself dragged into the middle of Frank’s new scheme, caught between the KGB and the CIA in a fatal cat and mouse game that only one of the brothers is likely to survive.

“A finely paced Cold War thriller with [Kanon’s] usual flair for atmospheric detail, intriguing characters, and suspenseful action” (Library Journal), Defectors takes us to the heart of a world of secrets, where even the people we know best can’t be trusted and murder is just collateral damage.

Joseph Kanon is the Edgar Award–winning author of The Accomplice, Defectors, Leaving Berlin, Istanbul Passage, Los Alamos, The Prodigal Spy, Alibi, Stardust, and The Good German, which was made into a major motion picture starring George Clooney and Cate Blanchett. He lives in New York City.
Loading...
or
Not Currently Available for Direct Purchase