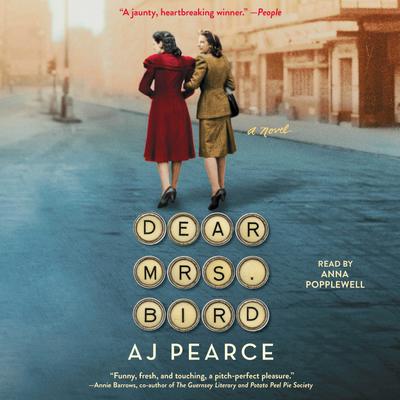 “Fans of Jojo Moyes will enjoy AJ Pearce’s debut, with its plucky female characters and fresh portrait of women’s lives in wartime Britain” (Library Journal)—a love letter to the enduring power of friendship, the kindness of strangers, and the courage of ordinary people in extraordinary times. “Headlined by its winning lead character, who always keeps carrying on, Pearce's novel is a delight” (Publishers Weekly). Irrepressibly funny and enormously moving, Dear Mrs. Bird is “funny and poignant…about the strength of women and the importance of friendship” (Star Tribune, Minneapolis).
Loading...