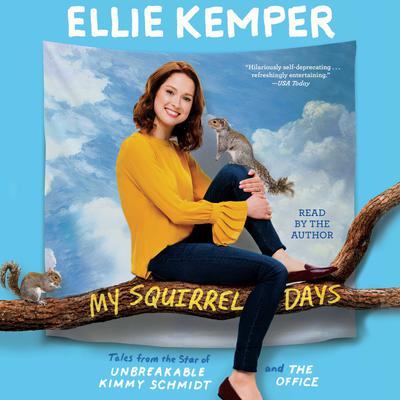 “Ellie is a hilarious and talented writer, although we’ll never know how much of this book the squirrel wrote.” —Mindy Kaling

“If you're at all a Kemper fan already (I am, a lot), you will freaking love this audiobook...Listeners will be smitten with her grace and work ethic, and even her tendency to lose herself in the mean reds when hungry. Though I've never met her, after listening to My Squirrel Days, I feel confident in saying that Ellie Kemper is my best friend! O.K., maybe that’s a bit extreme, and creepy, but she's definitely someone I would love to sit next to on a transcontinental flight.” —The New York Times Book Review