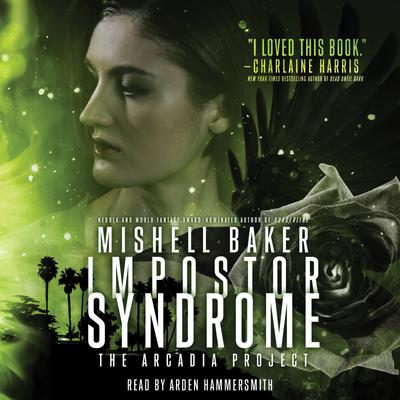 In the third book of the Nebula Award–nominated Arcadia Project series, which New York Times bestselling author Seanan McGuire called “exciting, inventive, and brilliantly plotted,” Millie Roper has to pull off two impossible heists—with the fate of the worlds in the balance.

Three months ago, a rift between agents in London and Los Angeles tore the Arcadia Project apart. With both fey Courts split down the middle—half supporting London, half LA—London is putting the pieces in place to quash the resistance. But due to an alarming backslide in her mental health, new LA agent Mille Roper is in no condition to fight.

When London’s opening shot is to frame Millie’s partner, Tjuan, for attempted homicide, Millie has no choice but to hide him and try to clear his name. Her investigation will take her across the pond to the heart of Arcadia at the mysterious and impenetrable White Rose palace. The key to Tjuan’s freedom—and to the success of the revolution—is locked in a vault under the fey Queen’s watchful eye. It’s up to Millie to plan and lead a heist that will shape the future of two worlds—all while pretending that she knows exactly what she’s doing…
Loading...