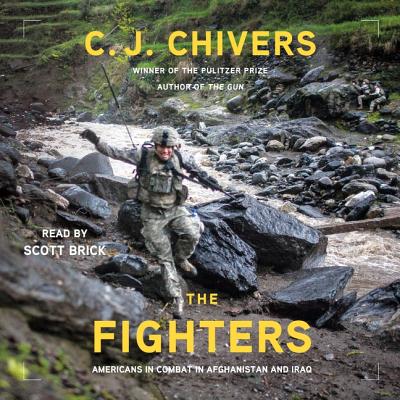 Americans in Combat in Afghanistan and Iraq

Pulitzer Prize-winning conflict journalist C. J. Chivers follows the arcs of the wars in Afghanistan and Iraq through the experiences of those who fought them, as Stephen Ambrose did for the grunts of WWII and Michael Herr's classic Dispatches did for Vietnam.

Almost 2.5 million Americans have served in Afghanistan or Iraq since September 11, 2001. C. J. Chivers has reported from both fronts from the beginning, walking side by side with combatants for more than a dozen years. He describes the experience of war today as it is endured by those most at risk-the camaraderie and profound sense of purpose, alongside courage, frustration, and moral confusion mixed with technical precision. In these remote places where the reason for their presence is sometimes not clear, these young men kill or are killed, facing palpable and often constant threat of ambush or hidden bombs. They repeatedly return, rushing toward danger, often to rescue the wounded in wars that escalate around them as the Pentagon changes doctrines and plans.

Weaving a history of the war through troops' experiences, the characters in The Fighters climb into an F-14 cockpit for the opening strikes after the attacks of 9/11, hunt for Osama bin Laden along the Pakistani border, chase insurgent rocket teams with helicopters alongside American bases, face snipers in a hostile city in Anbar Province in Iraq, and engage in deadly counterguerilla warfare in the soaring mountains of the Korengal Valley in Afghanistan. Some suffer terribly. All are changed. They return home, uncertain of their place in the world and what their wars have achieved.

Chivers accompanied combatants over many years and multiple tours, including many of the characters in this book, developing deep understanding of the experience of combat in our times. The Fighters, his tour de force, tells a history of America's longest wars as well as the lives of the volunteers who have waged them.