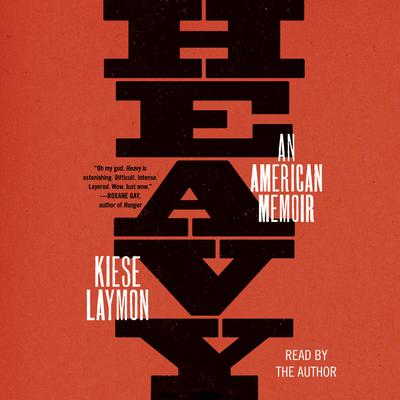 “Telling the truth has always been a radical and political act, but Kiese Laymon writes in Heavy with a rare, vulnerable unity of personal urgency and political clarity. This is a story about how our country’s lies and thefts weigh heavily on the hearts and souls of its black mothers and sons. About how dishonesty about white supremacy, money, sex, and violence threads through our most intimate relationships and causes us to become strangers to ourselves. If Heavy is about lies, it is also fundamentally about the redemptive power of truth, stories, language, and joy. If there’s a way out of the loneliness of being human in a country that does not value or support humanity, Laymon suggests, it is in the connection we find in the words we toss to one another, like lifelines, like laughter.”
— E.R. Anderson, Charis Books & More, Atlanta, GA
View the List

In this powerful, provocative, and universally lauded memoir—winner of the Andrew Carnegie Medal and finalist for the Kirkus Prize—genre-bending essayist and novelist Kiese Laymon “provocatively meditates on his trauma growing up as a black man, and in turn crafts an essential polemic against American moral rot” (Entertainment Weekly).

In Heavy, Laymon writes eloquently and honestly about growing up a hard-headed black son to a complicated and brilliant black mother in Jackson, Mississippi. From his early experiences of sexual violence, to his suspension from college, to time in New York as a college professor, Laymon charts his complex relationship with his mother, grandmother, anorexia, obesity, sex, writing, and ultimately gambling. Heavy is a “gorgeous, gutting…generous” (The New York Times) memoir that combines personal stories with piercing intellect to reflect both on the strife of American society and on Laymon’s experiences with abuse. By attempting to name secrets and lies he and his mother spent a lifetime avoiding, he asks us to confront the terrifying possibility that few in this nation actually know how to responsibly love, and even fewer want to live under the weight of actually becoming free.

“A book for people who appreciated Roxane Gay’s memoir Hunger” (Milwaukee Journal Sentinel), Heavy is defiant yet vulnerable, an insightful, often comical exploration of weight, identity, art, friendship, and family through years of haunting implosions and long reverberations. “You won’t be able to put [this memoir] down…It is packed with reminders of how black dreams get skewed and deferred, yet are also pregnant with the possibility that a kind of redemption may lie in intimate grappling with black realities” (The Atlantic).
Loading...