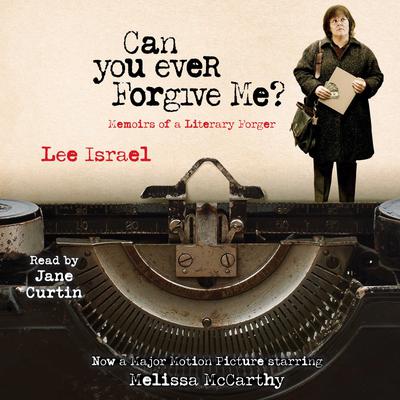 Can You Ever Forgive Me? (Digital Audiobook)

“Lee Israel is deft, funny, and eminently entertaining…[in her] gentle parable about the modern culture of fame, about those who worship it, those who strive for it, and those who trade in its relics” (The Associated Press). Exquisitely written, with reproductions of her marvelous forgeries, Can You Ever Forgive Me? is “a slender, sordid, and pretty damned fabulous book about her misadventures” (The New York Times Book Review).
Loading...