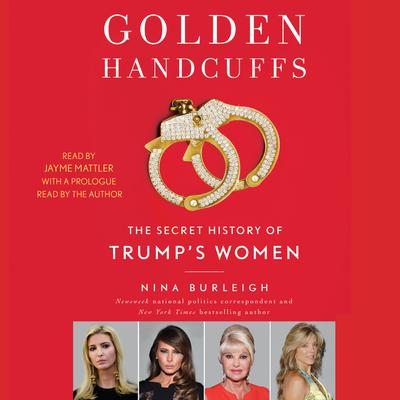 The Secret History of Trump's Women

New York Times bestselling author and award-winning journalist, Nina Burleigh, explores “the stark details of the forces that shaped [Donald] Trump’s thinking about women” (The New York Times) in this comprehensive, provocative, and critical account of the six women who have been closest to Trump.

Golden Handcuffs is a provocative and “comprehensive exposé” (Kirkus Reviews) of Trump’s relationship with the women who have been closest to him—his German-immigrant grandmother, Elizabeth, the uncredited founder of the Trump Organization; his Scottish-immigrant mother, Mary, who acquired a taste for wealth as a maid in the Andrew Carnegie mansion; his wives—Ivana, Marla, and Melania (the first and third of whom are immigrants); and his eldest daughter, Ivanka, groomed to take over the Trump brand from a young age. Also examined are Trump’s two older sisters, one of whom is a prominent federal judge; his often-overlooked younger daughter, Tiffany; his female employees; and those he calls “liars”—the women who have accused him of sexual misconduct.
Loading...