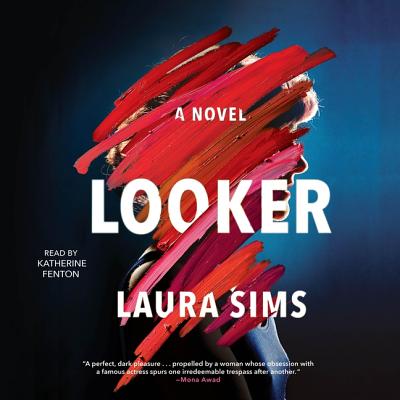 A dazzling, razor-sharp debut novel about a woman whose obsession with the beautiful actress on her block drives her to the edge.I've never crossed their little fenced-in garden, of course. I stand on the sidewalk in front of the fern-and-ivy-filled planter that hangs from the fence--placed there as a sort of screen, I'm sure--and have a direct line of view into the kitchen at night. I'm grateful they've never thought to install blinds. That's how confident they are. No one would dare stand in front of our house and watch us, they think. And they're probably right: except for me. In this taut and thrilling debut, an unraveling woman, unhappily childless and recently separated, becomes fixated on her neighbor--the beautiful, famous actress. The unnamed narrator can't help noticing with wry irony that, though she and the actress live just a few doors apart, they are separated by a chasm of professional success and personal fulfillment. The actress, a celebrity with her face on the side of every bus, shares a gleaming brownstone with her handsome husband and their three adorable children, while the narrator, working in a dead-end job, lives in a run-down, three-story walk-up with her ex-husband's cat. When an interaction with the actress at the annual block party takes a disastrous turn, what began as an innocent preoccupation spirals quickly, and lethally, into a frightening and irretrievable madness. Darkly witty and searingly sharp, Looker is enormously entertaining--part tightly coiled Hitchcockian thriller and part send-up of life in the Instagram-ready city. Driven by a fresh and fearlessly original voice, this slender novel packs a powerful punch.