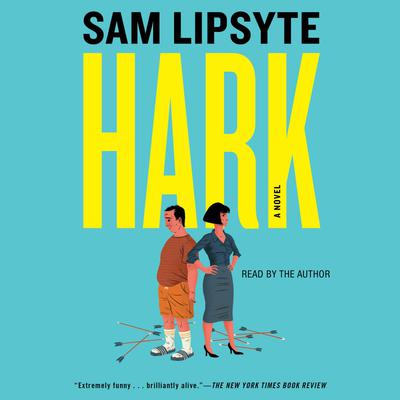 An “extremely funny...brilliantly alive” (The New York Times Book Review) social satire of the highest order from bestselling author Sam Lipsyte, centered around an unwitting mindfulness guru and the phenomenon he initiates.

In an America convulsed by political upheaval, cultural discord, environmental catastrophe, and spiritual confusion, so many of us find ourselves anxious and distracted, searching desperately for peace, salvation, and—perhaps most immediately—just a little damn focus. Enter Hark Morner, a failed stand-up comic turned mindfulness guru whose revolutionary program is set to captivate the masses. But for Fraz and Tovah, a middle-aged couple slogging through a very rough patch, it may take more than the tenets of Hark’s “Mental Archery” to solve the riddles of love, lust, work, and parenthood on the eve of civilizational collapse. And given the sudden power of certain fringe players, including a renegade Ivy League ethicist, a gentle Swedish kidnapper, a social media tycoon with an empire on the skids, and a mysteriously influential (but undeniably slimy) catfish, it just might be too late. But what’s the point of a world, even a blasted-out post-apocalyptic world, if they don’t try with all their might to keep their marriage alive?

In this “awfully funny...tartly effective sendup of 21st-century America” (Star Tribune, Minneapolis) Sam Lipsyte reaches new peaks of daring in a novel that revels in contemporary absurdity and the wild poetry of everyday language while exploring the emotional truths of his characters. “Recommended reading” (Vanity Fair), in which “every line feels as thrillingly charged as a live wire” (O, The Oprah Magazine), Hark is a smart, incisive look at men, women, and children seeking meaning and dignity in a chaotic, ridiculous, and often dangerous world.
Loading...