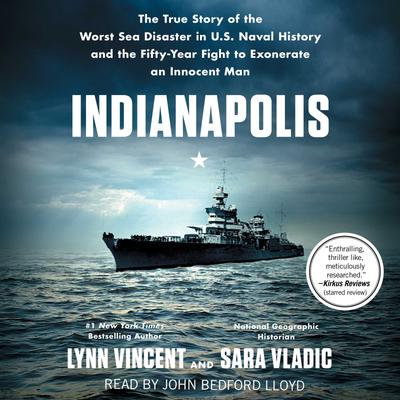 “Simply outstanding…Indianapolis is a must-read…a tour de force of true human drama” (Booklist, starred review) that goes beyond the men’s rescue to chronicle the survivors’ fifty-year fight for justice on behalf of their skipper, Captain Charles McVay III, who is wrongly court-martialed for the sinking. “Enthralling…A gripping study of the greatest sea disaster in the history of the US Navy and its aftermath” (Kirkus Reviews, starred review), Indianapolis stands as both groundbreaking naval history and spellbinding narrative—and brings the ship and her heroic crew back to full, vivid, unforgettable life. “Vincent and Vladic have delivered an account that stands out through its crisp writing and superb research…Indianapolis is sure to hold its own for a long time” (USA TODAY).
Loading...