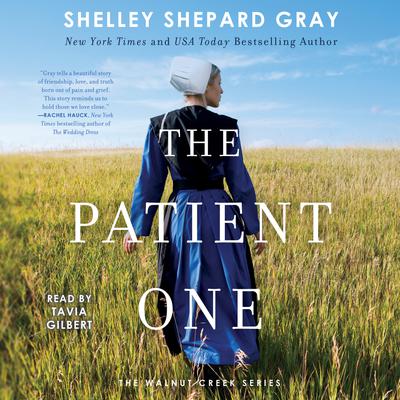 The Patient One (Walnut Creek Series, The) (Digital Audiobook)

Seven former best friends reunite and struggle to heal after the tragic death of one of their own in this evocative and heartrending novel from the New York Times bestselling author of The Gift and Her Secret.

When word had gotten out that Andy Warner had committed suicide, everyone in Walnut Creek, Ohio, had been shocked. For seven men and women in their twenties, some Amish, some Mennonite, and some English, each of whom had once counted his or herself as one of Andy’s best friends, it had been extremely painful.

And, maybe, a source of guilt.

Years have passed since they’d all been together last. Some of them got into trouble. A couple got into arguments. Eventually they all drifted apart. But even though none of them really saw each other anymore, there was a steadfast certainty that they’d always have each other’s backs—even when no one else did. Their bond was that strong…until Andy did the unthinkable.

Now the seven remaining friends, still reeling from Andy’s death, have vowed to look after each other again. As far as they’re concerned, it doesn’t matter that they’re now in their twenties and have drifted far apart. They need to connect again…for Andy.