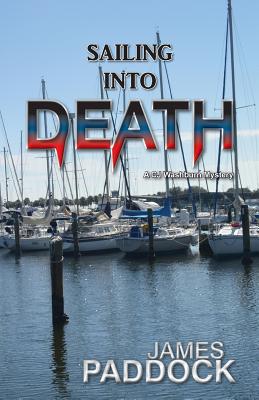 Alexandria's father walked out of her and her mother's lives five years ago. Now Alexandria has been murdered. Her killer is dead; case closed. Does her father deserve to be told of his daughter's death even though he abandoned his family? According to Alexandria's aunt, yes. First, he must be found and who better to find him than Private Investigator CJ Washburn. After all, wasn't it because of CJ that she wound up dead in the first place, targeted by a deranged killer?Leave no stone unturned, CJ is told. Find him no matter what. From Tucson, Arizona to Fishers, Indiana to St. Petersburg, Florida, he follows the leads only to find himself handcuffed to a table in a St. Petersburg Police Department interview room in front of Detective Parker DuPont. The charge: Murder. In fly Special Agent Joshua Washburn, CJ's son, and Stella Summers, his fianc and partner. With the FBI, HLS, Interpol and who knows what else involved, can CJ and Stella figure out what it all has to do with Alexandria's father being born in the middle of the Battle of the Bogside in Derry, Northern Ireland in 1969? And what's the United Irish Republican Army doing in Florida?

A retired graphic designer, James Paddock lives in Florida with his wife, Penny, a retired teacher. Novel writing, which keeps his sanity, if there is such a thing, is his passion and gives Penny, an avid reader, something to look forward to every few years. Together they claim five children and many grandchildren, and they, of course, are all beautiful and highly intelligent. James began his writing efforts in 1993 with the publication of his very first short story. He became hooked on the craft of storytelling and soon began longer works, completing his first novel, Elkhorn Mountain Menace, a story of terrorism in rural Montana, in August of 2001, only weeks before 9/11.
Loading...
or support indie stores by buying on