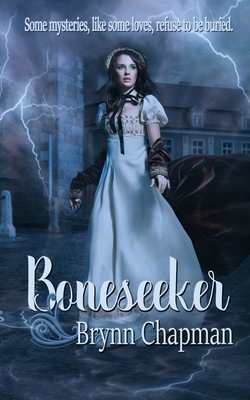 Aspiring scientist Arabella Holmes doesn't fit the role of a 1900s lady. Her father, Sherlock, landed her a position at the M tter Museum to pursue her dream of becoming a purveyor of abnormal science, or what her father calls a "Boneseeker."

Henry Watson's two-fold mission at the M tter Museum is to join their team of forensic anthropologists in unearthing unusual antiquities and to watch over Arabella. If only he could get her to speak to him, instead of hurling knives in his general direction. Assigned to a most secret expedition to investigate a mysterious skeletal hand discovered in upstate New York, Arabella and Henry are soon caught in a scientific debate, and the search for the truth may have deadly consequences for those involved.

Are the bones from a Neanderthal? Or are they living proof of fallen angels known as Nephilim?

Watson and Holmes must put aside their differences, trust their instincts, and rely on one another to survive to uncover the truth.

*This is a new version of a previously published edition