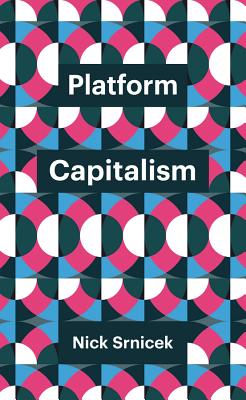 What unites Google and Facebook, Apple and Microsoft, Siemens and GE, Uber and Airbnb? Across a wide range of sectors, these firms are transforming themselves into platforms: businesses that provide the hardware and software foundation for others to operate on. This transformation signals a major shift in how capitalist firms operate and how they interact with the rest of the economy: the emergence of platform capitalism .

This book critically examines these new business forms, tracing their genesis from the long downturn of the 1970s to the boom and bust of the 1990s and the aftershocks of the 2008 crisis. It shows how the fundamental foundations of the economy are rapidly being carved up among a small number of monopolistic platforms, and how the platform introduces new tendencies within capitalism that pose significant challenges to any vision of a post-capitalist future. This book will be essential reading for anyone who wants to understand how the most powerful tech companies of our time are transforming the global economy.

Nick Srnicek (born 1982) is an American writer and academic. He is currently a lecturer in Digital Economy at King's College London. Born in 1982, Srnicek took a double major in Psychology and Philosophy before completing an MA at the University of Western Ontario in 2007. He proceeded to a PhD at the London School of Economics, completing his thesis in 2013 on Representing complexity: the material construction of world politics. He has worked as a Visiting Lecturer at City University and the University of Westminster. Srnicek is associated with the political theory of accelerationism and a post-scarcity economy.
Loading...
or support indie stores by buying on