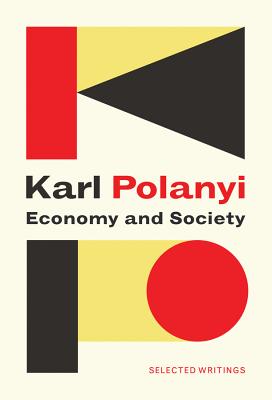 Few figures are more crucial to understanding the upheavals of our contemporary era than Karl Polanyi. In a world riven by social and economic crises, from rising inequality to the decay of democratic institutions and profound technological disruption, Polanyi's path-breaking account of the dynamics of market capitalism and his defence of society and nature against the dangerous tendencies of the market capitalist system are more relevant than ever.

This book brings together Polanyi's most important articles and essays to give a unique selection of his essential shorter writings, mixing classic texts with significant but previously little-known pieces. It highlights the coherence and richness of Polanyi's theoretical and political approach, making it indispensable for understanding his overarching intellectual contribution. The volume includes his interwar writings, which deal with the world economic crisis and the socialist alternative to conservative and fascist developments; his reflection on political theory and the international situation after the war; and his comparative studies of economic institutions. Polanyi's political writings are complemented and supported by the critique of economic determinism and what he termed 'our obsolete market mentality'.

This book is an invaluable companion to Polanyi's masterpiece, The Great Transformation, and an essential resource for students and scholars of political economy, sociology, history and political philosophy.

Karl Polanyi (1886-1964) was one of the most influential political economists of recent times. His book The Great Transformation is generally acclaimed as being among the most important works of economic history in the twentieth century.Claus Thomasberger is Professor at the University of Applied Science Berlin.Michele Cangiani is Professor at the Ca' Foscari University of Venice.
Loading...
or
Not Currently Available for Direct Purchase