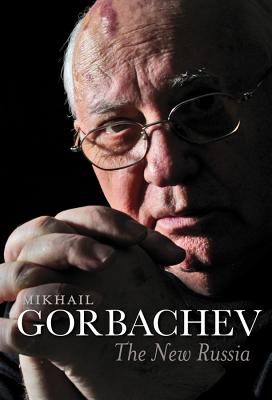 After years of rapprochement, the relationship between Russia and the West is more strained now than it has been in the past 25 years. Putin's motives, his reasons for seeking confrontation with the West, remain for many a mystery. Not for Mikhail Gorbachev. In this new work, Russia's elder statesman draws on his wealth of knowledge and experience to reveal the development of Putin's regime and the intentions behind it. He argues that Putin has significantly diminished the achievements of perestroika and is part of an over-centralized system that presents a precarious future for Russia. Faced with this, Gorbachev advocates a radical reform of politics and a new fostering of pluralism and social democracy.Gorbachev's insightful analysis moves beyond internal politics to address wider problems in the region, including the Ukraine conflict, as well as the global challenges of poverty and climate change. Above all else, he insists that solutions are to be found by returning to the atmosphere of dialogue and cooperation which was so instrumental in ending the Cold War. This book represents the summation of Gorbachev's thinking on the course that Russia has taken since 1991 and stands as a testament to one of the greatest and most influential statesmen of the twentieth century.

Mikhail Gorbachev was the last leader of the Soviet Union, serving as General Secretary of the Communist Party from 1985 to 1991. Since then, he has maintained an active role in world affairs through the Gorbachev Foundation, a nonprofit think tank which promotes democracy and humanitarian initiatives globally.
Loading...
or
Not Currently Available for Direct Purchase