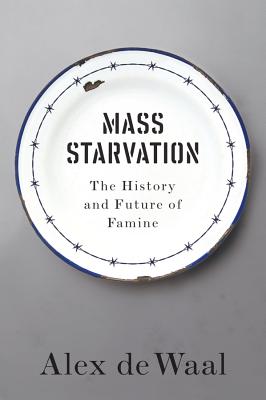 The History and Future of Famine

The world almost conquered famine. Until the 1980s, this scourge killed ten million people every decade, but by early 2000s mass starvation had all but disappeared. Today, famines are resurgent, driven by war, blockade, hostility to humanitarian principles and a volatile global economy.

In Mass Starvation, world-renowned expert on humanitarian crisis and response Alex de Waal provides an authoritative history of modern famines: their causes, dimensions and why they ended. He analyses starvation as a crime, and breaks new ground in examining forced starvation as an instrument of genocide and war. Refuting the enduring but erroneous view that attributes famine to overpopulation and natural disaster, he shows how political decision or political failing is an essential element in every famine, while the spread of democracy and human rights, and the ending of wars, were major factors in the near-ending of this devastating phenomenon.

Hard-hitting and deeply informed, Mass Starvation explains why man-made famine and the political decisions that could end it for good must once again become a top priority for the international community.

Alex de Waal is Executive Director of the World Peace Foundation and a Research Professor at The Fletcher School at Tuft's University.
Loading...
or support indie stores by buying on