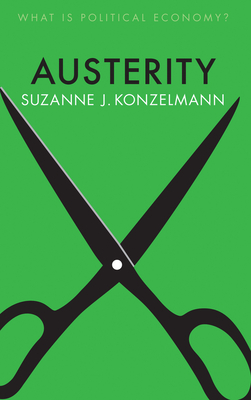 Austerity has been at the center of political controversy following the 2008 financial crisis, invoked by politicians and academics across the political spectrum as the answer to, or cause of, our post-crash economic malaise. However, despite being the cause of debate for more than three centuries, austerity remains a poorly understood concept.

In this book, Suzanne J. Konzelmann aims to demystify austerity as an economic policy, a political idea, and a social phenomenon. Beginning with an analysis of political and socioeconomic history from the seventeenth century, she explains the economics of austerity in the context of the overall dynamics of state spending, tax, and debt. Using comparative case studies from around the world, ranging from the 1930s to post-2008, she then evaluates the outcomes of austerity in light of its stated objectives and analyzes the conditions under which it doesn't - and occasionally does - work.

This accessible introduction to austerity will be essential reading for students and scholars of political economy, economics, and politics, as well as all readers interested in current affairs.

Suzanne J. Konzelmann is Reader in Management at Birkbeck, University of London
Loading...
or support indie stores by buying on