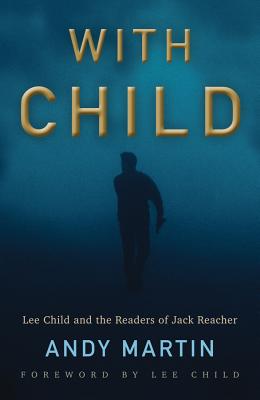 Lee Child and the Readers of Jack Reacher

With a foreword by Lee Child.

Andy Martin spent a year in the company of Lee Child, creator of tough-guy hero Jack Reacher. With Child is the diary of their adventures, tracking the publication and reception of Make Me, the writing of Night School at an apartment in Manhattan, the filming of Never Go Back in New Orleans, all the agony and ecstasy of the creative process and the sheer hard work of selling a bestseller. They go on the road together, from TV studios to bookstores, from Harvard to Stockholm, amid literary conferences and gunshows, rivalries and reviews ranging from adulatory to murderous. We meet fellow writers like Stephen King and David Lagercrantz and Karin Slaughter, and dissect the latest novel from Jonathan Franzen.

But Martin also reaches out to Child's legion of readers in America and around the world. He tracks down a woman in Texas whose name appears in the home invasion scene in Make Me; he goes up a mountain in Montana in search of the only reader who thinks Reacher is a "lightweight"; and he talks to obsessive fans from Europe to South Africa who find salvation or consolation in the colossal form of Jack Reacher.

This compelling account of life on the road with Lee Child demonstrates that readers are just as important as writers in the making of modern fiction.

Andy Martin is the author of Reacher Said Nothing: Lee Child and the Making of Make Me. He writes for The Independent and The New York Times and teaches at the University of Cambridge. His book on surfing, Walking on Water, is a cult classic
Loading...
or support indie stores by buying on