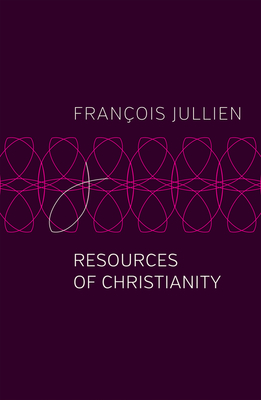 Christianity is bound up with the very idea of the West: we cannot evade it even if we would like to. While many people no longer believe in Christianity, we cannot deny that it has left a deep imprint on Western thought. But how might we develop a philosophy of Christianity that is not a Christian philosophy? How can we take a view that is external to the traditions of apologetics and criticism? For there is a question that concerns us all here: are the coherences of Christianity still useful for thought, and especially for thought about existence?

To address this question, Fran ois Jullien considers Christianity as constituting a set of resources. Resources are available to all and can be used by those who discover and exploit them; they belong to no one. Christianity offers us resources inasmuch as we can draw some benefit from it, inasmuch as it can be the source of an effect, without our having to believe it or determine its truth in advance. Jullien reads the Gospels, and especially the Gospel of John, as he would read any other text, seeking to account for the text's coherence (rather than its 'meaning'), seeking to account for its pertinence (rather than its 'truth'), but without any need to adhere - the exploitation of resources demands no conversion. And in reading the Gospel of John in this way, we discover the fertile veins of a theory of existence.

This fresh and erudite reflection on Christianity will be of great value to anyone interested in religion and its relevance today.