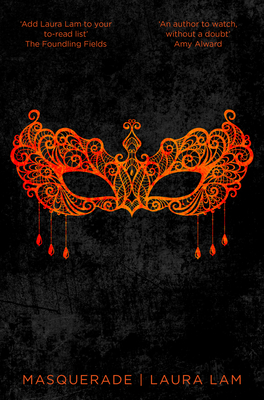 Micah and his friends have won the magician duel against Maske’s age-old rival—yet despite this glory, trouble still looms. Imachara is under attack by either the anti-monarchy Foresters, or a group even more dangerous. One blast damages the Kymri Theatre, forcing Micah and the others to flee to dingy rooms in a bad part of town and perform street magic to keep their skills sharp. Micah has a vision of the end of the world, and strange dreams of a grave robber stealing bodies. He that discovers many people in his life are lying to him, and he has no idea who he can trust. The Chimaera and the Alder’s powers have returned, and it’s up to Micah to stop the storm of the past from breaking and destroying the world.

"Took me to an exotic and detailed world, peopled by characters that I'd love to be friends with . . . and some I'd never want to cross paths with." —Robin Hobb, author, Farseer Trilogy

"Set in a vividly imagined world with wonderful steampunk touches, Pantomime is a fable-like story as beautifully unique as its main character." —Malinda Lo, author, Ash

Laura Lam was raised near San Francisco. She is the author of the award-winning Micah Grey series. Pantomime, the first in the series, appeared on the American Library Association's Rainbow List and was nominated for the British Fantasy Society book awards.
Loading...
or
Not Currently Available for Direct Purchase