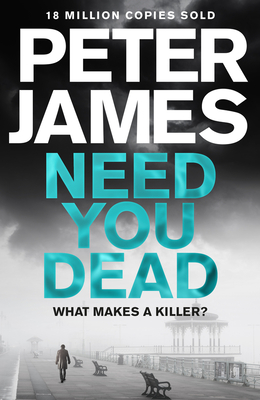 Lorna Belling, desperate to escape the marriage from hell, falls for the charms of another man who promises her the earth. But, as Lorna finds, life seldom follows the plans you’ve made. A chance photograph on a client’s mobile phone changes everything for her.

When the body of a woman is found in a bath in Brighton, Detective Superintendent Roy Grace is called to the scene. At first it looks an open and shut case with a clear prime suspect. Then other scenarios begin to present themselves, each of them tantalizingly plausible, until, in a sudden turn of events, and to his utter disbelief, the case turns more sinister than Grace could ever have imagined.

"In my thirty four years of policing, never have I come across a writer who so accurately depicts 'The Job'." —Detective Investigator Pat Lanigan, Office of the District Attorney, NYPD

“This is police procedural writing of the highest order.” —Providence Journal

Peter James is a New York Times-bestselling author of many award-winning novels. His Detective Superintendent Roy Grace series has been translated into 36 languages with worldwide sales of over 18 million copies. He is Overseas Vice-President of International Thriller Writers in the U.S., and served two terms as chairperson of the UK Crime Writers Association. In 2016 he became the recipient of the coveted CWA Diamond Dagger lifetime achievement, awarded for sustained excellence. Three of his novels have been filmed and before becoming a full-time author he produced numerous films, including The Merchant of Venice, starring Al Pacino and Jeremy Irons.
Loading...
or support indie stores by buying on
(This book is on backorder)