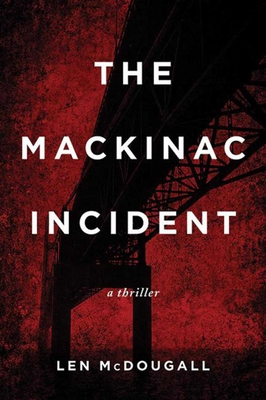 Fifteen miles off the coast of New Brunswick, Canada, a Soviet-era diesel submarine off-loads four men before being intercepted by a U.S. Navy vessel patrolling the area. The men make up a team of al-Qaeda-trained specialists skilled in the black arts of terrorist warfare and are headed by a man who has billions of dollars in oil money with which to indulge his murderous fantasies. What they do next will determine the fates of thousands of Americans.

Rod Eliot, an aging ex-con turned survival expert, stands between them and one of the most devastating plots ever hatched by the deviated mind of a killer: to blow up the five-mile-long Mackinac Bridge and detonate enough plutonium to contaminate the area for decades. When an encounter with the bomb-toting terrorists occurs deep in the woods of the Upper Peninsula, Eliot finds himself in a dangerous cat-and-mouse game with no alternative but to go head-to-head with these murderers. Rod may be the only person who can stop them. But he’s in over his head.

Due to Eliot’s checkered past, law enforcement officials have him pegged for the crimes that unfold over the next few days. Only one, a seasoned FBI agent who is on his trail, thinks Eliot is innocent and is willing to prove it.

Praise For The Mackinac Incident: A Thriller…

Len McDougall is a field guide and wildlife tracker in Michigan’s north woods, where he teaches survival classes and tests outdoor products. He has written for Field & Stream and published several books, including The Self-Reliance Manifesto, The Complete Tracker, The Encyclopedia of Tracks and Scats, The Field & Stream Wilderness Survival Handbook, and Practical Outdoor Survival.
Loading...
or
Not Currently Available for Direct Purchase