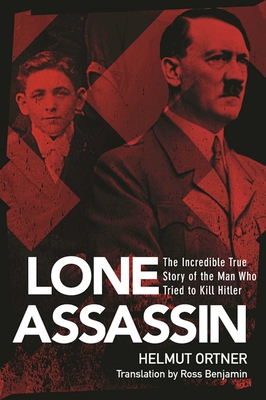 Living as a carpenter who had spent time working in a watch factory, Georg Elser was just an ordinary member of society living in Munich. That is, however, until he took it upon himself to attempt to assassinate the Führer, Adolph Hitler. Being a common man who opposed the Nazi regime, Elser took his skills that he had learned, and worked to assemble his own bomb detonator. Every night, he would head to the Munich Beer Hall, where he would work on assembling the bomb that he planned to kill Hitler with, in a hollowed out space near the speaker’s podium.

The bomb went off successfully, killing eight people. Hitler was not one of them. This is the story, scene by scene, of the events that led up to Georg Elser taking justice into his own hands, his attempt to murder the Führer, and what happened after the bomb went off. The Lone Assassin is a powerfully gripping tale that places you in 1939, as you follow Elser from the Munich Beer Hall, across the border, and sadly, to the concentration camp, where his heroic life ended.

Helmut Ortner lives and works as a freelance writer and has published over twenty books, mostly on social topics and on issues of justice. He lives in Darmstadt and Frankfurt am Main, Germany.

Ross Benjamin is a writer and translator. His literary criticism has appeared in The Times Literary Supplement, Bookforum, The Nation and other publications. He lives in Nyack, New York.
or
Not Currently Available for Direct Purchase