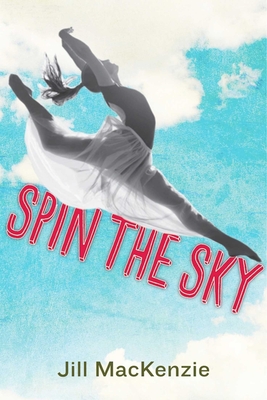 Magnolia Woodson wants nothing more than to get her and her sister, Rose, out of the pitifully small, clamming-obsessed Oregon town that hates them—she just doesn’t know how. Forced to put up with the snide comments and hateful looks the townspeople throw at them, Mags thinks she’s destined to pay for the horrible, awful thing her mom did—and that she’s left her and Rose to deal with—until the day she dies.

But when a nationwide televised dance competition posts tryouts in nearby Portland, Mags’s best friend, George, says they have to go and audition. Not only have they spent the past fourteen years of their lives dancing side-by-side, dreaming of a day just like this, but also it could be Mags’s chance of a lifetime—a chance to win the grand-prize money and get her and Rose out of Summerland, a chance to do the thing she loves most with everyone watching, a chance to show the town that she’s not—and has never been—a “no-good Woodson girl,” like her mother. But will the competition prove too steep? And will Mags be able to retain her friendship with George as they go head-to-head in tryouts? Mags will have to learn that following her dreams may mean changing her life forever.

Jill Mackenzie, a Vancouver native, is an ex-ballerina and contemporary dancer. She received her MFA in creative writing at the University of British Columbia (UBC) and now chassés between roles her roles of full-time mom and always-writer. Though Jill no longer studies dance, she still tries to dance herself clean whenever she can. Currently she lives in Fort Jupiter, Florida, where she spends her free time beach-bound with her husband and two beautiful daughters.
or
Not Currently Available for Direct Purchase
Copyright © 2020 American Booksellers Association