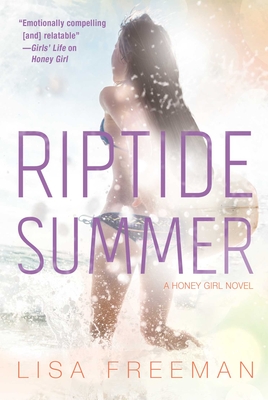 The year is 1973, and Nani is firmly established as one of the top girls in the State Beach lineup. She’s looking forward to a long, relaxing summer of days spent in the sun with her surfer boyfriend, and to secret nights with Rox, the lineup’s queen supreme.

But when surf god Nigel breaks her heart, and Rox reveals a secret that tears their friendship—and the lineup—apart, Nani is left to pick up the pieces. If she can’t recruit new Honey Girls to the lineup, the friends will lose their reputation as the beach’s top babes.

With the summer spiraling out of control, Nani starts to question everything she’s always believed about how to rule the beach. Maybe it’s time to leave the rules behind, starting with the most important one:

Lisa Freeman started her work as an actor and has been in numerous TV productions and films (Mr. Mom and Back to the Future I & II to name a few). She performed at the Comedy Store, which lead to her writing career in radio and spoken word. Freeman has a BA in liberal studies and Creative Writing, an MFA in Fiction, and a certificate in Pedagogy in Writing from Antioch University. She is also the author of Honey Girl and lives in Santa Monica, California.
Loading...
or
Not Currently Available for Direct Purchase