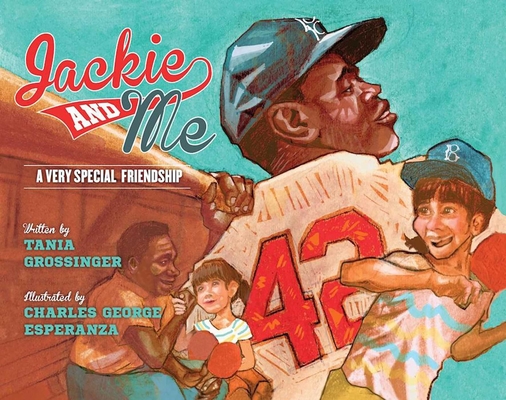 As a “step” in her large family, Tania doesn’t feel like she fits in. Especially at the swank upstate hotel that the family runs, one that caters to the rich and famous NYC clientele.

One day, famous athlete Jackie Robinson pries Tania out of her shell by asking her to play ping-pong. He talks to her kindly, helping to bolster her self-esteem.

That chance encounter lead to a lifetime friendship between Tania and Jackie. From that point on, they corresponded constantly, until Jackie’s death in 1972.

A surprising, intimate portrait of an American hero and trailblazer – as told through the eyes of an innocent young girl, who grew up to share this ‘real’ side of Jackie Robinson.

Tania Grossinger is the author of the Skyhorse titles Growing up at Grossingers and Memoir of an Independent Woman; An Unconventional Life Well Lived. In addition to having published over 100 travel articles in newspapers and magazines throughout the country, she appeared on the Today show, Good Morning, America, 20/20, NPR, and over 150 national, syndicated and local TV and radio shows.

Charles George Esperanza was born the second of six kids. The South Bronx is where he first opened his eyelids. A land shrouded in bright colored decay, the birthplace of graffiti and the hip-hop DJ! Author and illustrator of the Sky Pony title Red, Yellow, Blue (and a dash of White too!) which was a Huffington Post best concept picture book, 2015. He lives in the Bronx, New York.
Loading...
or
Not Currently Available for Direct Purchase