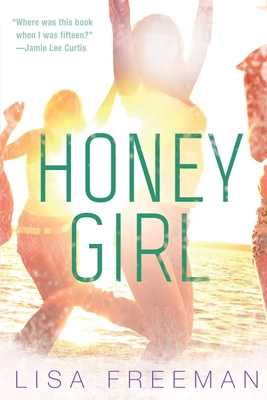 They call the heart attack that killed fifteen-year-old Nani’s surfer father “the widow-maker”; when it struck, it killed him instantly. Almost as quickly, it turned Nani’s mother from the half-owner of Honolulu’s most famous bar to a hopeless alcoholic seeking a fresh start in California, and Nani into a fish out of water on Santa Monica’s State Beach.

It's 1972, and as the new girl on one of the country’s most famous beaches, Nani’s only hope for acceptance—and survival—is following “The Rules,” an unspoken list of dos and don’ts that made her queen of the beach in Hawaii. After a series of harrowing initiations she manages to get in with the locals, even gaining the attention of surf god Nigel McBride.

But maintaining stardom is harder than achieving it, and Nani is harboring three secrets that could instantly destroy everything she’s worked to achieve. #1: She stole her dad’s ashes, hid them from her mom, and plans to spread them in the ocean he loved. #2: In order to get in with the lineup, she spied on them—and now she knows more than they’ll ever let her get away with. And deadliest of all, #3: she might just be in love with Rox, the queen supreme of State Beach.

Lisa Freeman started her work as an actor and has been in numerous TV productions and films (Mr. Mom and Back to the Future I & II to name a few). She performed at the Comedy Store, which lead to her writing career in radio and spoken word. Freeman has a BA in liberal studies and Creative Writing, an MFA in Fiction, and a certificate in Pedagogy in Writing from Antioch University. Honey Girl, her debut novel, was inspired by a time when girls were the color of tan-before-sunscreen, drank Tabs by the six-pack, smoked Lark 100’s, and were not allowed to surf. Lisa lives in Santa Monica, California.
Loading...
or
Not Currently Available for Direct Purchase