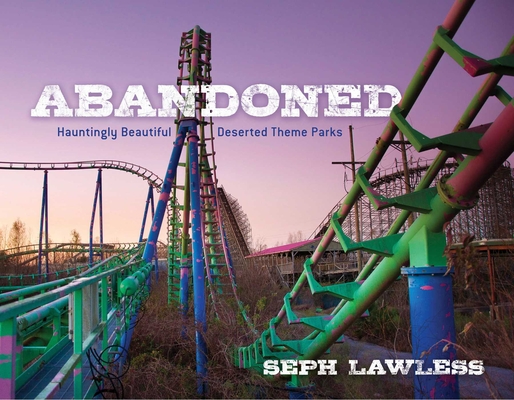 Huffington Post called him “a master of the abandoned”—and for good reason. Take a strange and wonderful photographic journey into a world time has forgotten—amusement parks that have been shut down and overgrown.

The “artivist” known only as Seph Lawless has spent the last ten years photo-documenting the America that was left behind in the throes of economic instability and overall decline—decrepit shopping malls, houses, factories, even amusement parks.

Through nearly two hundred gorgeous and elegiac photographs, Abandoned details Lawless’s journey into what was once the very heart of American entertainment: the amusement park. Here is includes:

Seph Lawless is best known for his extensive documentation of deserted locations across the globe, and he has been photographing abandoned American cities since 2005. His images and video renderings are part of an ongoing project called Autopsy of America, which depicts forgotten cities and towns across the United States and intimately portrays the individuals who still inhabit these areas, known as the ones who were “left behind.” Lawless’s work has been widely reported in the Huffington Post, Daily Mail, Independent, Business Insider, Slate, and on Buzzfeed, Mashable, CNN, FOX News, NBC News, and ABC News.
Loading...
or support indie stores by buying on