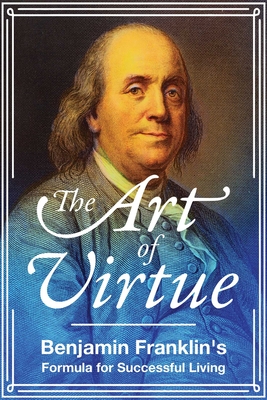 The Art of Virtue (Paperback)

An indispensable guide to right living from a Founding Father.
Benjamin Franklin, one of our nation’s most revered founders, was a man of uncommonly fine common sense. Although he was never able to finish his project of compiling a comprehensive compendium of practical wisdom, he was able to lay down the beginnings of this work in his later writings. Collected within this volume are Franklin's writings organized around his timeless philosophy on living well, containing his thoughts on justice, moderation, chastity, and more. The Art of Virtue is a simple, concise, and illuminating guide to living a virtuous and fulfilling life. Perfect for readers young and old alike.

Benjamin Franklin was a writer, inventor, political theorist, diplomat, and Founding Father of the United States. He wrote under the pen name of Poor Richard from 1732 to 1757.
or support indie stores by buying on
Copyright © 2020 American Booksellers Association