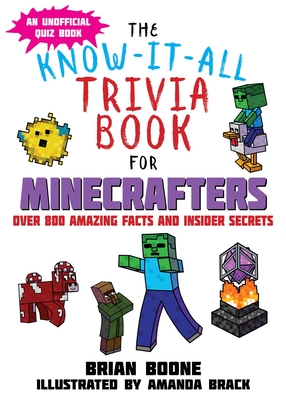 Over 800 Amazing Facts and Insider Secrets

Inside you will find awesome trivia such as:

This book is complete with silly illustrations to make becoming a master of Minecrafter facts even more fun. Whether you’re at home or school, you can have all your friends and family in awe of your Minecrafter knowledge!