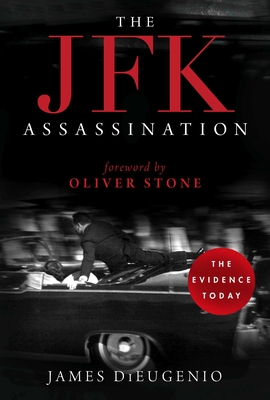 In this updated edition, author James DiEugenio dissects the Oscar-nominated Tom Hanks / Meryl Streep film, The Post, and how it disingenuously represents the Pentagon Papers saga. He reveals the connections between Washington and Hollywood, as well as the CIA influence on the movie industry.

The story of the film stems from the failed attempt of Academy Award–winning actor Tom Hanks and producer Gary Goetzman to make Vincent Bugliosi’s mammoth book about the Kennedy assassination, Reclaiming History, into a miniseries. He exposes the questionable origins of Reclaiming History in a dubious mock trial for cable television, in which Bugliosi played the role of an attorney prosecuting Lee Harvey Oswald for murder, and how this formed the basis for the epic tome.

JFK: The Evidence Today lists the myriad problems with Bugliosi’s book and explores the cooperation of the mainstream press in concealing many facts during the publicity campaign for the book and how this lack of scrutiny led Hanks and Goetzman—cofounders of the production company Playtone—to purchase the film rights. DiEugenio then shows how the failed film adapted from that book, entitled Parkland, does not resemble Bugliosi’s book and examines why.

It includes an extended look at the little-known aspects of the lives and careers of Bugliosi, Hanks, and Goetzman. JFK: The Evidence Today sheds light on the Kennedy assassination, New Hollywood, and political influence on media in America.

Praise For The JFK Assassination…

“Jim DiEugenio shows us how Hollywood and the mainstream media are getting the Kennedy assassination all wrong.” —Jesse Ventura, author of They Killed Our President and American Conspiracies

“Jim DiEugenio shows us how Hollywood and the mainstream media are getting the Kennedy assassination all wrong.” —Jesse Ventura, author of They Killed Our President and American Conspiracies

Academy Award-winning Oliver Stone has written and directed over 25 feature films and 6 documentaries, among them some of the most influential and iconic films of the last decades. Some have been at deep odds with conventional myth— films such as Platoon, Born on the Fourth of July, JFK, Natural Born Killers, Nixon, and Untold History of the United States.
Loading...
or
Not Currently Available for Direct Purchase