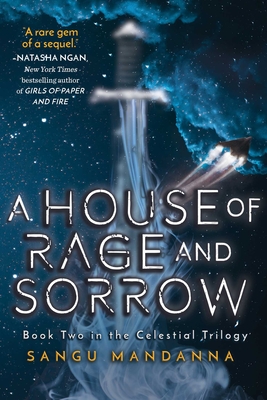 A House of Rage and Sorrow

“A rare gem of a sequel . . . Each page drips with action and moral complexities.” —Natasha Ngan, New York Times bestselling author of Girls of Paper and Fire

Praise For A House of Rage and Sorrow: Book Two in the Celestial Trilogy…

Sangu Mandanna was four years old when an elephant chased her down a forest road and she decided to write her first story about it. Seventeen years and many, many manuscripts later, she signed her first book deal. She is the author of The Lost Girl, A Spark of White Fire and its sequels, and has contributed to several anthologies. She lives in Norwich, in the east of England, with her husband and kids.
Loading...
or
Not Currently Available for Direct Purchase